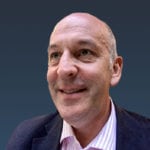 Robin Wright is renowned within Scotland’s eHealth community as a technology leader who combines vision with delivery. The former director for health information and technology for NHS Greater Glasgow and Clyde, Scotland’s largest health board, Wright was an active participant in the country’s drive to leverage digital technology in healthcare.

He presided over a range of notable achievements during his time in NHS Scotland, including the procurement of the SWAN contract to support public sector networking, and the introduction of a pan-Scotland contract for patient management systems and the implementation of clinical portals. In addition, he oversaw the technology that now serves Glasgow’s ‘super hospital’, the Queen Elizabeth University Hospital.

The former director of eHealth at NHS Lanarkshire also set up the country’s eHealth Leadership Board, which brought together peers from across the country to ensure a common and consistent eHealth vision in Scotland.

Now he is stepped away from both these roles, but his vision for the future of eHealth in Scotland is as pertinent as ever. He believes that critical to the success of eHealth are appropriate and sustainable levels of funding, high levels of stakeholder (particularly clinical) engagement and a commitment to making the transformational changes that technology enables. And whilst he recognises that the country is increasingly involving clinicians in technology and building an environment for collaboration that will have benefits across health and care economies, he sounds a note of caution as the investment required to achieve the digital transformation of health may not be forthcoming.

“We are converging a number of disciplines linked to the healthcare technology agenda. eHealth, mHealth, dHealth and the demand for ‘big data’ are becoming an increasingly significant factor in healthcare delivery. But our investment is currently less than 2% of turnover. If you look at investment levels in other sectors, they invest a lot more than that in technology, and tend to drive digital transformation more forcibly than in the NHS.”

Doubts over willingness to invest
Wright points to repeated signals from experts, including the Wanless report from some years ago for NHS England, which recommended a minimum 3% investment in technology, together with an upward trajectory of spend that would enable the appropriate levels of investment to be made. Failure to create such financial impetus has led to a suboptimal return on the potential of technology in the sector.

Wright feels that 50% uplift in spend is required as a baseline, which in the current fiscal environment looks to be challenging if Scotland is going to move eHealth from a discipline that supports the historical transactional environment to one with a focus on transformational change and modernisation.

“There’s no point in putting a dependency around digital health where individuals and citizens are looking for 24/7 access to their records, if the underlying environment and infrastructure (including technology, staff and service contracts) are not in place. That’s the risk. This can be obviated in investment, but I have my doubts in the willingness or capacity of the politicians to invest given the wider financial pressures that the services face.”

Wright also believes there is less than adequate investment around the service change required to alter how people use technology as part of care. Developing the culture for change, and the capacity to deliver it will be a key element of fulfilling Scotland’s vision for a world class health and social care system with digital services at their core.

“As a rule of thumb, you should spend twice as much on change as you do on technology, but that is not the way things are currently viewed,” he says. “There is going to have to be a significant uplift in investment in skills and technology, if some of the ambitions are to be achieved.”

Improved technological foundations need to be in place
Wright also points out that Scotland is looking to achieve its digital health ambitions building on “what is not as a robust, secure or ‘finished’ an environment as it ought to be”. This means having the appropriately constructed and serviced foundations in place to give clinicians and service users the confidence that technology is reliable, dependable, secure and highly available. The aviation industry is often cited as a benchmark for what the NHS needs, yet that industry spends infinitely more on all aspects of its IT environment.

The eHealth veteran believes there will be a shift to a different type of clinical decision making over the next five to 10 years – it will be highly dependent on access to knowledge and computational power to support new demands such as genomics, stratified medicine and the participation of patients’ in their own health. Whilst these are worthy developments, they will be sub-optimally delivered unless the underlying infrastructure is strengthened. According to Wright, the danger is we underestimate this challenge, concentrating on future developments at the expense of basic equipment, software and the competency and capacity that is necessary to support them.

”There needs to be increased interoperability. That’s another big challenge. Having created a number of fairly successful but still largely siloed systems and services, we need to avoid making clinicians access multiple systems in order to access information. We have to put in a lot of investment over the next few years so that it all comes together and makes sense at the coalface.”

How has the country got to a stage where it uses multiple systems that do not adequately talk to each other? Wright reflects that previous decisions, which made sense at the time, have not helped as health boards were faced with ‘burning platforms’ which drove investment to meet their own local needs, rather than those of ‘clinical networks’, the clinicians who work in them and the patients and families who traverse an increasingly complex health and care system.

“Take TrakCare, what happened was we got a national contract that deployed things disparately across the country; rather than perhaps taking the time to look at how we could create the systems that may have supported what might be described as natural clinical communities.”

However Wright recognises that the deployment approach in Scotland, which has seen NHS boards implement technology in relative isolation, has happened for pragmatic reasons.

“The way money flows quite often dictates how you buy and deploy things, so I suspect that until we have a changed view of how money flows towards eHealth investment, then we’re probably going to be slightly hampered by a siloed, institutional board-by-board type approach rather than an approach that supports patient flows across clinical and care communities.”

Clinical engagement in technology is growing
Wright recognises that these clinical communities are now coming together, and will be required to inform how technology can better serve NHS Scotland and its partner organisations.

“There’s far more of an appetite for collaborating at strategic level. So people are now talking about how they might pool monies to create a different environment around these clinical communities and to support the flow of patients rather than institutions.”

Encouraging clinical engagement with technology has been one of several achievements for Wright, who has established a team of doctors, each with their own specialisms, to share chief clinical information officer responsibilities at the NHS board level, alongside input from allied healthcare professionals and nurses.

“We were creating a multidisciplinary clinical team engaged in advising how best we could use technology,” he says. “There is a great deal of interest in the model, which is essential if we want to move from eHealth doing things to people, to eHealth doing things for people in accordance with service needs.

This growing involvement in clinical and frontline staff in the use of technology can also act as a lobbying influence for the required investment in technology, Wright believes.

“The increased engagement of clinicians and the increased visibility of clinical leadership can only help. They are the body of people who can influence the level of investment.”

A positive legacy on which to build
It is one of several positive signs he sees emerging in the Scottish eHealth environment, alongside taking on board examples from elsewhere.

“I think there are positive things at the moment. There is far more clinical focus, and taking expert advice from global healthcare economies to learn from the best. But it will come to down how willing the investment will come from politicians.”

This investment needs to build on the foundations that Wright and eHealth colleagues put in place. He founded the eHealth Leads Group, which brought together eHealth leads from across the country to collaborate on their needs and priorities.

“The strategy board of which I was a member was a fairly productive governance body but requires strengthening for the future. From 2008 there has been good governance in place, and this has supported the pragmatic approach that has characterised this period.

“Now there needs to better focus on working together at clinical service rather than institutional level.

“This means sharing services where it makes sense, as people in different areas have different needs. You need to define what clinical communities look like, and design and deliver digital services around them.

Scotland has a 2020 vision of healthcare that is currently delivered in a hospital being delivered in the home, or in a homely setting. Wright believes the country’s ehealth strategy, which is currently under review, will need to align with this vision and have a split focus. One strand should ensure sustained appropriate investment in the necessary core infrastructure, and the other prepare for the delivery of the more ambitious developments that will be required if the 2020 vision is to be achieved.

His presence will be missed greatly within the Scottish eHealth community – although he is keen on some kind of involvement in the future. He can point to having been at the centre of creating a legacy of great advances use of technology in the NHS in Scotland.

“I think I contributed greatly to the eHealth community as a whole, creating an environment within which eHealth leads are better able to work collectively and share experiences, laying the foundations for what we need to do next, which is build more services around clinical and patient communities.”

With one of its key players now taking a back seat, Scottish eHealth has much to look forward to, and – as with all other health economies – some hard thinking to do on how it needs to build on those foundations.

Robin Wright is the former director for health information and technology for NHS Greater Glasgow and Clyde, Scotland’s largest health board, and was instrumental in the development and delivery of the eHealth strategy in NHS Scotland, including introduction of a pan-Scotland contract for patient management systems and the implementation of clinical portals. In addition, he oversaw the technology that now serves Glasgow’s ‘super hospital’, the Queen Elizabeth University Hospital. Previously also head of eHealth at NHS Lanarkshire, he is now director of IT consultancy High Parks Consulting.