Home / Blog / Guest Blog: Norman Lamb: ‘As a minister I was in a mental health fog’

Guest Blog: Norman Lamb: ‘As a minister I was in a mental health fog’ 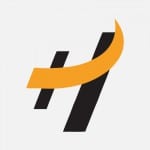 The former care minister recalls his daily fight in the coalition government to keep mental health on Jeremy Hunt’s agenda, and argues that better use of data is now absolutely critical to correct lost momentum and ensure equality in mental health treatment.

As a minister I was operating in a fog when it came to mental health. It felt like a data free zone

Every Monday morning the great and the good of the NHS sit around the health secretary’s table. They scrutinize in minute detail the performance of every acute hospital in England; A&E waiting times, cancer standards, the 18-week referral to treatment target.

Mental health didn’t get a look in until we introduced the very first waiting time and access standards for psychosis interventions and psychological therapy.

I became acutely aware through my time as minister that you have to advocate for mental health every single day. You have to challenge awful assumptions. And you have to contest the extent to which mental health gets left off the agenda. I fear that the momentum on this has now slipped.

As a minister I was operating in a fog when it came to mental health. It felt like a data free zone, or at least the data that was collected wasn’t interpreted, analysed, scrutinized and publicised.

I would find out important details on access to treatment and waiting times through campaign organisations’ freedom of information requests. The Department of Health simply hasn’t had the same access to data on mental health as physical health.

This lack of data has driven a distortion of priorities to acute hospitals and away from mental health, as well as an unintended, but very real and outrageous discrimination against people with mental ill health, from within the department, in NHS England and then in local decision making across the country.

The only way to achieve equal status for mental health is through collection of data on the services available. Better use of technology is needed to ensure staff have the evidence to act, and so that we can identify inequalities and hold the healthcare system to account. This is completely critical; it is a human rights issue.

The return on better mental health is enormous

As much as £1bn additional funding has been called for in mental health. Holding the government to account on this is enormously important and there is no reason that one of the world’s wealthiest countries cannot afford to do so.

This is about people’s lives first and foremost, but mental health investment has a strong economic case. If the UK invests £1 in early intervention in psychosis, we will get as much as £15 back. We can prevent the flow of chronically unwell people into mental health services by capturing them early and giving them effective treatment.

It goes beyond savings in the NHS, or the benefit system. If you can rescue that person and give them the chance of a good life then you’ve got the chance of that person being employed, not claiming benefits, and paying their taxes.

To make that task a reality in every part of the country, we have got to use technology. We have got to use the electronic patient records more effectively in mental health, which is still very hit and miss across the country. We must be able to record digitally the moment when the referral is made, the moment when treatment starts, the journey through that treatment, and the outcomes achieved. Tools already exist to make this possible.

In November I will address the annual EHI Live technology conference to remind thousands working in healthcare IT of an urgent role they must play, not only to provide things like apps for patients that can relieve pressure on the system, but in harnessing data to measure the very delivery of services essential for people with mental ill health.

Some of this work has begun. New waiting time and access standards mean that for first time ever, a data rich approach has started for mental health in the UK, setting the scene for a much greater scrutiny of services being offered and delivered. But there is a very long way to go.

My own family experience has informed my determination for change. Our eldest son was diagnosed with obsessive compulsive disorder as a teenager. We were told we would have to wait six months to get treatment in Norfolk. We couldn’t tolerate that because of how serious things were, and so we got treatment privately. You can’t begin to justify a system where people with money can get help when they need it, and others can’t. But that’s still the brutal truth for many families around the country and it’s intolerable.

Variation in care is one of our biggest challenges. For my son a specialist could have been available in another part of the country within weeks. But we were told our right to choose where treatment was received “did not apply” in mental health.

I since ended that exclusion rule as a minister, but the reality is that choice is still hard to exercise in mental health.

Some are fortunate. A leading specialist who works in a Devon personality disorder service told me of their community-based service providing therapeutic support for people with personality disorders. The service has stopped people being diverted to beds hundreds of miles from home, saving the NHS a fortune, and giving people a much better life. Over six years they haven’t had a single suicide amongst their cohort of people. But successes, such as those seen in Devon, are still met by inequality elsewhere.

We must focus our efforts on prevention, so that we can end system neglect, and by using electronic information, provide our staff with data and evidence to act early for patients. Too many people end up living a miserable existence, or taking their own lives, because they are not identified in time. Using electronic patient records, we can link mental health and physical health in a way that is fundamental to improving every person’s experience.

Whether it’s the 75 per cent of children who need treatment but receive none, or protecting our most vulnerable adults, equal treatment for people with mental ill health is a principle that must become reality, not rhetoric.

Norman Lamb will be addressing delegates on the topic of mental health and the need for digital transformation at EHI Live at NEC Birmingham on 1 November at 12.30pm.

Norman Lamb was appointed Minister of State at the Department of Health in September 2012. He has been the Liberal Democrat MP for North Norfolk since 2001.

Getting started with marketing

Getting traction for an international product in the NHS

Communicating in a crisis: health tech in 2023